Algae is not a Solution. Algae is the Solution. 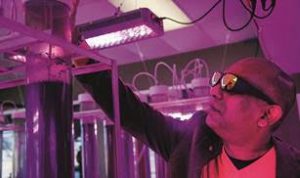 Algae was proclaimed as the hope for biofuels already several decades ago. So why do not we fly with green oil in the tank?

On the southern Texas coast, at the warm waters of the Gulf of Mexico, lies the city of Corpus Christi. The northern landscape north is tightly dotted with oil wells and there are a lot of refineries and power stations in the city. Next to one of them lies a handful of simple barracks surrounded by some weird ponds.

Here is something completely different from the handling of fossil fuels. On the contrary.

Anthony Siccardi, one of four employed researchers at Agrilife, receives in the parking lot wearing winter jacket and flip flops, a cold wave has pulled over Texas.

“We ended up here because we wanted to be adjacent to the power plant. The idea was that we would redirect their carbon dioxide emissions to our algae cultivation. Algae are excellent for absorbing carbon dioxide. But it has not been so because of hassle with permission.

The research is funded by the US Energy Department, and the goal is for algae to be produced and converted into biofuel on a large scale.

“We do different experiments to maximize production. We use local algae, nothing is genetically modified and we use only sea water because we do not want to compete with drinking and agricultural water.

He points south, on another reason why the station is right here.

“There is virtually nothing between us and Mexico in addition to some small communities and unexplored land. If we can find a way to grow algae that is more economical than now, there is room for large scale production here.

Already in the 1950s, researchers in the United States began to be interested in the cultivation of algae. Initially for food production, because many algae are rich in protein. But soon they discovered that the algae’s lipids, naturally occurring fats, can be extracted and transformed into fuel. The oil that we pump today from the earth consists largely of algae that has been exposed to high pressure and heat for millions of years and converted into oil. By recreating that process, algae can turn into fuel. Already in the latter half of the 50’s, three American scientists managed to extract methane from algae. Their research, however, did not get much attention, but a world filled with petroleum passed.

So in the 1970s the oil crisis occurred and suddenly the interest in alternative energy sources was raised. Algae ended up in the eye of research. The total turning point came in the 80’s when the US government launched a research project that for almost two decades investigated the possibility of making fuel of algae.

For the first time a shark was created around algae as fuel.

Algae can be grown anywhere, for example in deserts, they can grow in seawater and therefore do not require either desirable cultivable soil or precious freshwater. They bind up large amounts of carbon dioxide and, at least in theory, can produce fuel much more efficiently than other crops. Everything looked promising. Millions and millions of dollars began to pump into algae research. US Navy, Big Oil Company, Energy Department, Private Investors – The line of those who wanted a portion of the Algkakan was long. Sad to miss the train that drove out fossil fuels out of town.

So why do not we drive around with green oil in our cars today? And why do not planes fly with algae in the tank?

At the University of Austin is the world’s largest collection of living algae. On shelves in rooms by room stands out row of small water-filled glass bottles. In them are small floating plants: yellow, brown, green, purple, pink. Over 3,000 species. Schonna Manning is the head of the department and speaks faster than algae cells. Throughout her adult life, she has been interested in and worked with algae. She directly addresses the problem of making fuel from them.

– 24,000 liters of water, nutrients, equipment, staff and about two weeks are required to generate around a gallon (3.79 liters) of finished fuel. The price of so much crude oil is $ 1.90 (15:50). It’s impossible to compete with, says Schonna Manning.

Manning still believes in algae as biofuel. But to get economy in the process, other goods, such as cosmetics and rubber-like materials, need to be recovered from algae.

– When making these products, not all of the algae are used. The residues can become fuel. Money is earned on the expensive products, and the rest can be converted into fuel that does not have to compete with low oil prices.

The natural supplementary question will then be how the algae can reach such volumes that the fuel makes a mark on the market. Her response is that biofuel must be manufactured from a variety of residual waste.

– Old clothes, use frying oil, compost materials and so on. Everything must become biofuel. Only then can we get into amounts that make a difference, “she says.

We are moving an hour from the algprofessor and her collection. On a windpath plain outside the small community of La Grange,David Ramjohn drives the start-up company Algeternal. His confidence in algae is without exaggeration and his vision is great.

– Algae is not a solution. Alger is the solution! he says.

But David Ramjohn is not at all interested in algae as fuel. His company grows algae and does the nutrition and cosmetics of them.

“Fuel is not somewhere on the radar for us. Algae will never become biofuel. The fuel engine is soon dead yet, everything goes over to electricity.

Algae as fuel is built on a huge shark, says Ramjohn. In recent decades, researchers, investors, associations and politicians have said “in 10 years we will have algae fuel” but as time goes by, the goal has continually moved.

“The truth is that many have earned money on the shark for decades. People have lived on it for 10, 20, 30 years. Scholarships, grants, investments, federal resources. The oil industry also thinks it’s good that the focus is on algae, something that does not really threaten it.

In June 2017, the oil company Exxon presented a great news. Through genetic engineering, the company managed to increase the productivity of lipids by 40 percent without slowing down the growth rate. An enormous barrier to algae as fuels is that when the lipid content is managed, the algae grows slower. Maybe Exxon has now solved it.

“We are still far from potential commercialization, but we’re enthusiastic about the developments we’ve seen,” said William Holbrook on Exxon Mobile.

In 2017, the Biofuelswatch organization released a report on algae fuel where it even saw the product on the market, claiming that the oil industry, not least Exxon, uses algae research solely for marketing purposes to give environmental concern. In its conclusion, the rapporteurs report that “the ongoing investment of tax money in the risky production of biofuel made on microalgaes is obviously a dead end and a dangerous distraction from real solutions to the climate crisis.”

Back to Corpus Christi and the research station. On a construction where sea water is pumped down a ramp, some buckets grow algae on an old ryama mat. In the background carbon dioxide carries from the huge chimneys of the huge gas power plant. The contrast is a telling symbol of Alger’s pitiful position in the fuel sector.

But in the small research station there is another symbolism.

Agrilife is not just fuel, and the company got out of sight because of other reasons. In large as well as small tanks, shrimp and fish swim around. Agrilife is researching the breeding of marine life. Algae can be made for fish and shrimp.

“The ultimate goal for us is fuel. But if we can get down the price first so that it’s worth producing algae, for livestock or fish feed, then you can at least develop an industry that works. Perhaps aquaculture is a stopover on the way? says Anthony Siccardi. 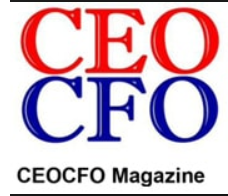 A Vertically-Integrated Producer of Non-Fuel, High-Value Products from Microalgae,...