The old Oviedo Motors building at 3637 W. State Hwy 71 west of La Grange is in the process of becoming the new headquarters of AlgEternal. That is the company founded by Fayette County resident Hugh Morris, who invented their photobioreactor (PBR) technology to grow algae. The algae is grown in large plastic tubes called vertical growth modules (VGMs™).

According to CEO David Ramjohn, “We currently have VGMs and other equipment on site with a goal of beginning full growth operations.” The firm already has orders for their soil amendment product “Agtivate™” from a client in Colorado for use on corn crops. They expect to have enough product on hand by early May to fill those orders.

The owner of the building is Bruce Dopslauf, who was an early investor in AlgEternal

Dopslauf described himself as a “strong partner in this new venture” through his family-owned firm Old Plum road Investments. The building which will now house AlgEternal was built in 1980 for Appelt Dodge GMC. It was later occupied for half a dozen years by Oviedo which moved into new quarters in 2015, according to Dopslauf. Ramjohn explained that “the square footage that we intend to have under algae cultivation is 10,720 square feet.” a new greenhouse-type building for that purpose will be 110 feet by 50 feet. It will replace a metal building now under demolition.

An existing wing that will also be used to grow algae is 100 feet by 50 feet. The rest of the buildings are approximately 12,000 square feet. “We will be housing our offices, laboratory, storage/ warehousing, processing, conference room, training room, library and so on in that space,”

Ramjohn said. “This space is almost perfect for our needs and intend to utilize every square foot both inside and outside the buildings to grow our algae. The buildings sit on a five-acre plot, so we know we have lots of room to grow, literally and figuratively.”

Ramjohn told the La Grange Noon Lions club four weeks ago that “AlgEternal intends to make La Grange famous for something other than the chicken ranch.”

The firm intends to combine algae growth with municipal wastewater treatment as well as with carbon dioxide absorption from power generation plants such as the Fayette Power Project.

“We will be commencing production in the open space within four weeks,” 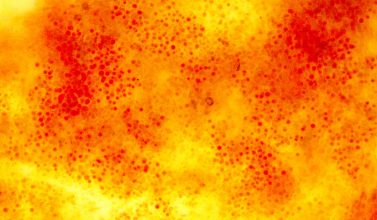 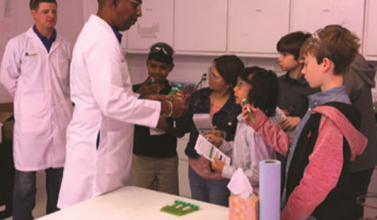